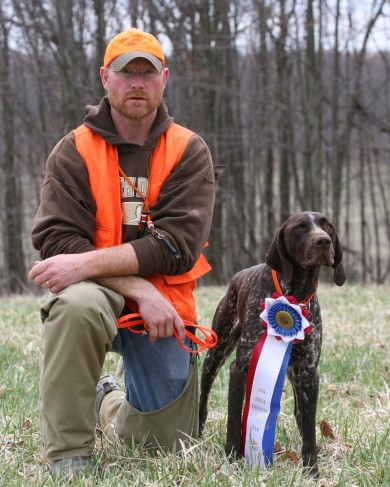 "GUENNISS" FINISHED HIS LAST 2 MASTER HUNTER LEGS AND 2 MASTER HUNTER ADVANCED LEGS AT HARRISVILLE P/A ON 4-13 &4-14 2013. HIS OFFICIAL SCORE ON ALL 4 TESTS WAS 9,S & 10,S A REMARKABLE BEAUTIFUL DOG WE ARE VERY FORTUNATE TO HAVE HIM IN OUR LIVES 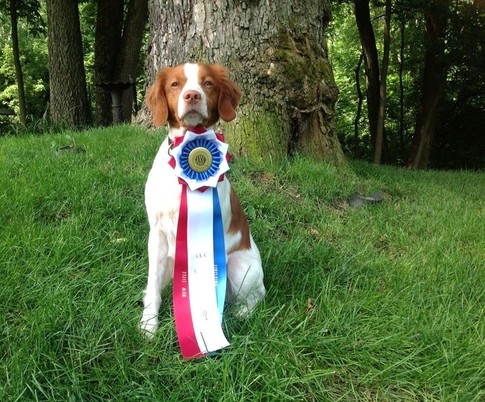 " ROOK "( owners Larry &Peggy Snider)  Completed his last leg of his  AKC Master Hunter Test this pass week end at Keetons Farm on 6-9 -2013  . The test hosted by Weimaraner Club of Greater Cleavand with a unbelievable last run that lasted 50 minutes to comlete with way over a 5 minute back with the brace mate relocating 3 times to find its running bird. Multiple flushes and a bird that the brace mate could not find after being shot .

With  2 bird finds that he had to stand for several minutes while the brace mate that pointed first tried to find there bird and the gunners had to come across the field and get into position and after  flushing the bird it flew over top of Rook and a saftey was called and could not be shot .

After getting a point that was needed he held for several minutes because we again had to wait on gunners and then i could not find the bird myself after i did and the flush was made the bird was shot and a beautiful  retreive was made to hand .It was a very intense run with remakable dog work. What a way to end his master journey . I had to share his story hes a very incredible little dog . 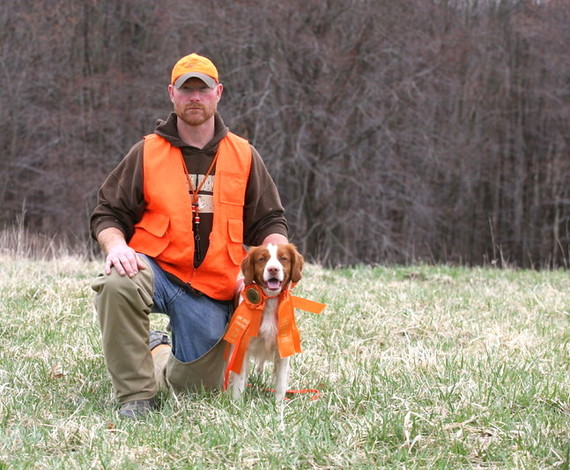 "ROOK" MALE BRITTANY (Owners LARRY & PEGGY SNIDER PASSED 2 LEGS OF HIS MASTER HUNTER TITLE ALSO AT THE P/A HUNT TEST ON 4-13& 4-14 2013 HE HAS 4 OF 5 OF HIS MH. LEGS I WILL BE ENTERING HIM SOON IN UPCOMING EVENT TO FINISH THIS SPECTACULAR DOG 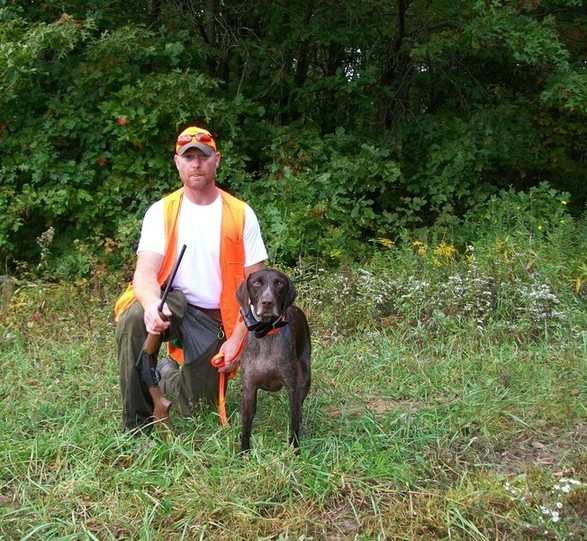 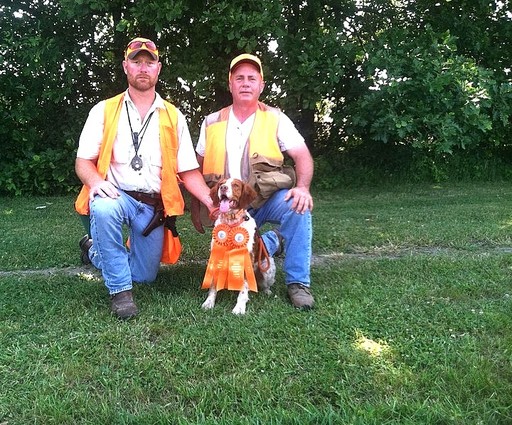 He finished his senior level in AKC hunt test after being hunted for 6 yrs and picking up alot of bad habits and since completed his 1st leg in the Masters  I will be entering him into the spring tests to finish him on up. With patience and repetition even old dogs can learn new tricks. 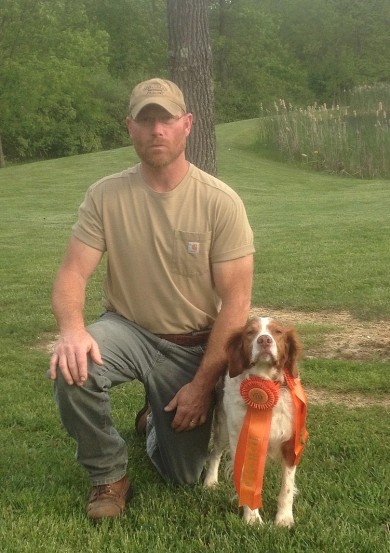 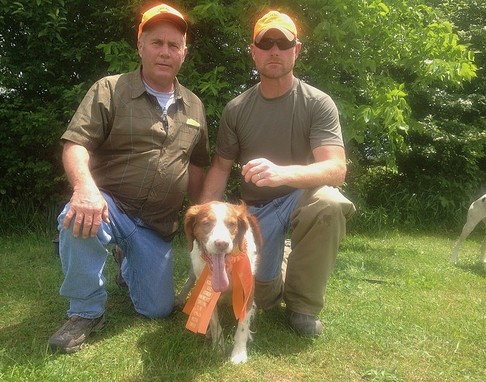 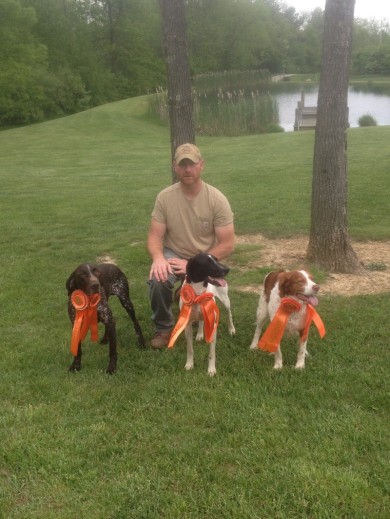 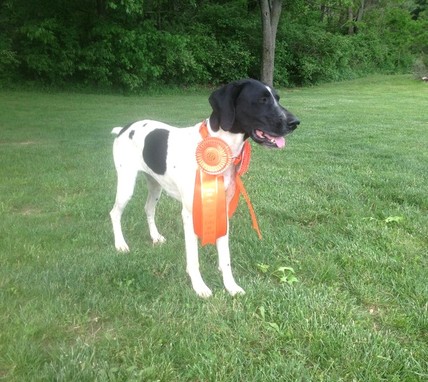 Darby  passed 2 senior legs at Keetons Farm on 5-18 th &19th  2013 that completes her senior hunt tests now she will continue her training for the masters . 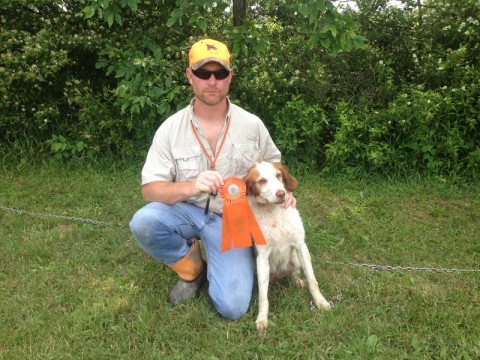 "Wrigley" owner Randy Gazaille  Wrigley completed his last  Akc Senior Hunt Test leg  at Keetons Farm on 6- 10 -13 with a qualifing score hosted by the Weimaraner Club of Greater Cleavland we are continuing his training for the Akc masters tests. 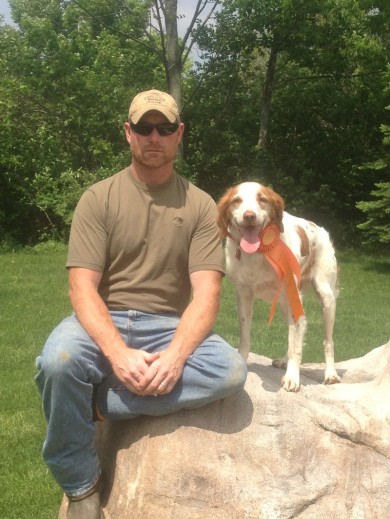 Wrigley (owner Randy Gazaille) passed 2nd senior leg at Keetons Farms on 5-18-13 Wrigley is a 7yr old Brittany that has just started reaching his potential he is coming on strong to become a new master hunter we look foward him reaching that goal. 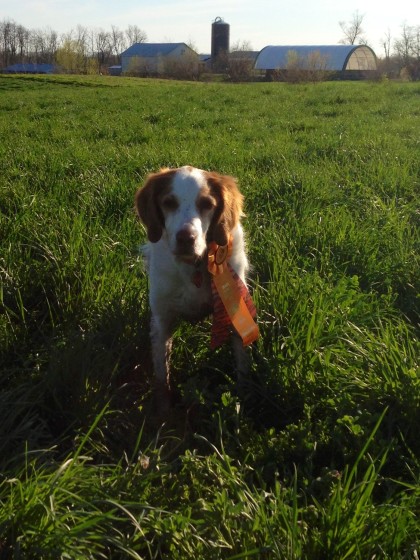 Wrigley owner Randy Gazaille passed 1st senior test at Maple Glen Farms after we trained him at 6+ yrs old and some 1 on 1 sessions with the owner .Still advancing he is a great dog. Nice job Randy 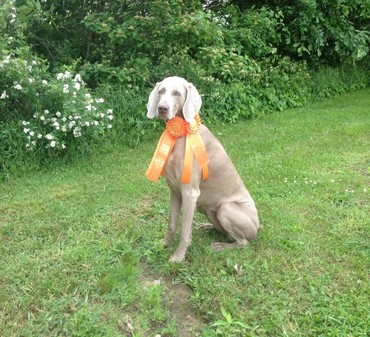 "Blush" owner Sami Simmons completed her dogs senior level at Cardington Hunt Test on 6-10-13 and on her way to becoming a Master Hunter . 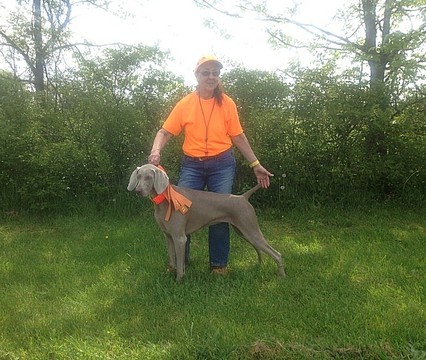 Sami Simmons passed 2 senior legs at Keetons Farms on 5-18 th & 19th 2013 after extensive amount of 1 on 1 training sessions she has done with me at the kennel has paid off . Great job 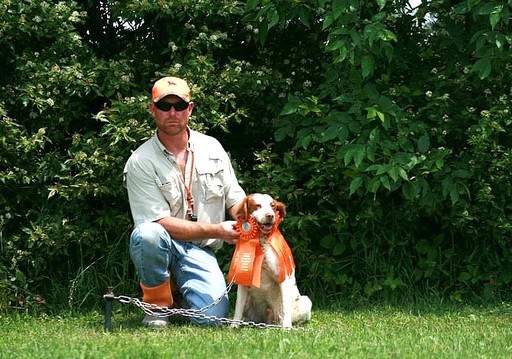 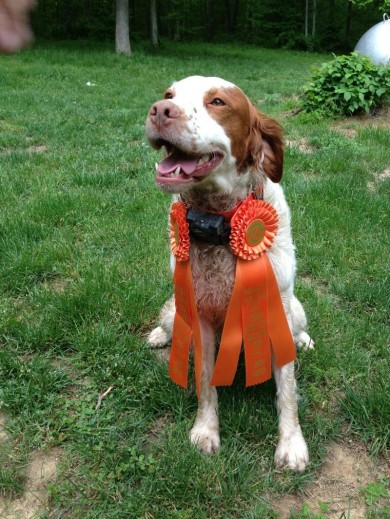 Freckles owner Chuck and Emily Frazier (Black Beauty Kennel) Passed  4  junior tests at Keetons Farm 5-18 & 19 and 5-25&26th 2013 after being trained here at our kennels he ran at above senior levels being steady to flush ,shot and fall .Great job on handeling Chuck keep up the good work . 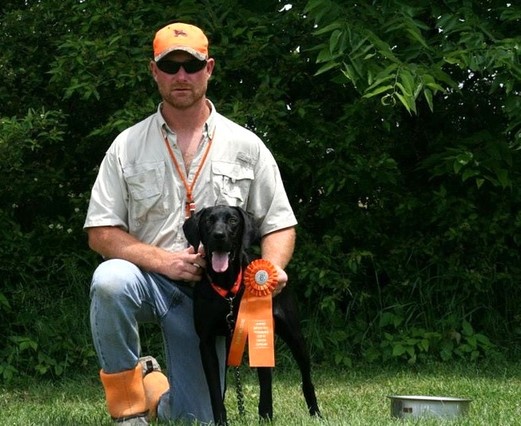 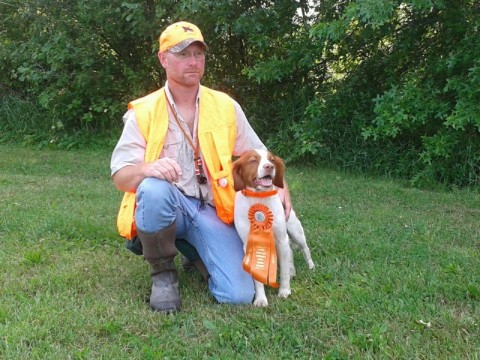 Our Hours7am to 5pm with appointment only

DOG OF THE MONTH 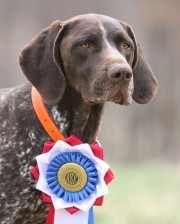